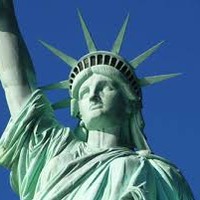 Is your way of life, guaranteed by the US Constitution, being threatened by institutions of higher learning and the politically correct indoctrination of our young people in public schools? The answer is YES and in some very shocking and accelerated ways. The 10 minute film you are about to watch is taken on site at three North Carolina university campuses.  It involves a young journalist posing as a student who “feels damaged, offended, etc.” by pocket copies of our US Constitution being distributed in her dormitory lobby.  This obviously is a journalistic effort to record each university’s reaction to her request to have the US Constitution removed from her residence hall because it is offensive.  For instance, “it allows everyone to own a gun”.

The various responses by administrators are just incredible with the journalist even requesting each administrator shred the document so “it could be kind of like therapy” for her.

While she has the right to state her opinion she doesn’t have the right to trample on the rights of others.  At least one of the University officials made that clear….. well, sort of.

The video is put out by Jame O’Keefe, an American conservative activist. He produces videos designed to expose “academic, governmental and social service organizations” taking part in abusive or alleged illegal behavior. Exposing the real actions behind ACORN was one of his major accomplishments.

Our First Amendment rights shall not be trampled on!  The Daily News Fix recently focused on three (3) Kinston City Council members who shut down the public voice and proceeded to amend the City’s nepotism policy.  None of them heeded the overwhelming voice and Will of the People.  As a result, the lone incumbent lost her bid for re-election November 3rd.  Each of the newly elected Council members have pledged to rescind the Nepotism Policy Amendment. But just because you have a few fresh faces doesn’t mean the entire body is liberty minded and ready for change.  Wynn Whittington, who brought the Nepotism Policy Change, wrote a nasty column in the Kinston Free Press publicly slamming the Mayor, the Daily News Fix, and the President of the NAACP for opposing his three way power play.  See the COLUMN here,  the response the next day from the Daily News Fix here, and the Daily Haymaker’s spin on the matter.  The Daily Haymaker is a website focused on “Conservative Common Sense Commentary on Politics, Economics, Government, Culture and other Aspects of Life in the Carolinas”.  Good to know they agree.

If we are to educate our children properly, especially in public schools, we must first teach them an accurate account of why, as far as Freedom and Liberty are concerned, America is the last holdout.  We, and I mean all of us, must teach our kids why our Constitution is the supreme law of the land and the most powerful governing document ever written.  Everyone wants to come to America.  They want to come here for a better life (and the free stuff we are handing out doesn’t hurt their reasoning).  Stop being so damned politically correct and demand the same from others, including your school system!  It’s your job as parents to educate your own kids, not the government’s, which is the bulk of the problem!  This is OUR country and OUR culture.  We are fighting a losing battle.  Generation by generation we are losing soldiers (in our youth) and gaining indoctrinated compliant cowards that will give our country away with a ribbon tied to it.  If you don’t believe me now, you will later.