True Conservative Republicans adhere to the party platform and believe in principles like:

So when liberal Charlotte City Council members passe an ordinance allowing the Lesbian, Gay, Bisexual and Transgender (LGBT) community to use the bathroom of their choice North Carolinians with common sense and decency got a little upset. And rightly so… what mom or dad wants some guy using the locker room with their teenage daughter? Using the LGBT reasoning/excuse is only a political ploy… a destructive TOOL because that’s their modus operandi. 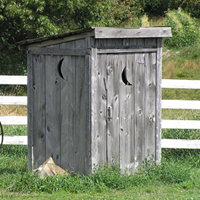 “The ‘LGBT excuse’ is simply a pry bar to open Pandora’s box.”

The NC General Assembly agreed and was called back in session to examine what Charlotte had done and passed House Bill 2.  Since then all the liberal media and rabid activists have been on the attack putting North Carolina in their cross-hairs. Much pressure has been put on the legislature and Governor Pat McCrory to reverse the law. The liberal progressive left is using as a campaign tool against Governor McCrory.  The liberal way is to ATTACK! ATTACK! ATTACK! no matter the excuse.  Their vitriolic behavior is sickening!… possibly a result of bad parenting or the lack of it.

The LGBT community makes up only a small fraction of a percentage of the general population in North Carolina.  Charlotte City Council passed a local law/ordinance that allowed this minute percentage of individuals to control bathroom practices for the overwhelming majority. We’re not sure how the LGBT community has gotten by all these years without walking into the wrong bathroom and causing problems, but the NC Legislature made it clear bathroom and locker room gender blender behavior won’t happen in Charlotte or any NC town without a trip to jail. Hats off to them!

NC Attorney General Roy Cooper is sitting on the sidelines letting these mindless drones do his work.  Roy Cooper has refused to do his job defending North Carolina against frivolous lawsuits.  He has refused to defend North Carolina and our legislative stances against Same-sex marriage, Illegal Immigration, Syrian Refugees, gun bans and violation of our 2nd Amendment rights, Voter ID law, and NOW THIS!  North Carolinians have shelled out millions in tax dollars to hire outside legal council to do Roy’s JOB. 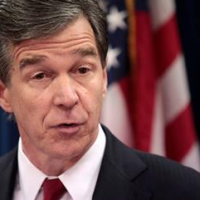 Now he wants to be your Governor?

North Carolina values ARE NOT synonymous with Roy Cooper’s values or his followers.  He and his buddies are simply using that 0.03% of the population to draw attention away from the positive things our Republican led legislature has accomplished. They play dirty and hit hard. It’s all straight out of Saul Alinsky’s “Rules For Radicals” playbook…. you know, the rules Hillary and her cronies play by….

Our message is clear. They can’t hurt you…. they can only throw mud at you. Progressives are of the entitlement mentality, hate individual liberty, capitalism and anything remotely resembling WORK. They focus on “What can I get for free? The government and all those rich folks OWE me! My sexuality and free health care is more important than your religious expression. ” You and I owe nothing to anyone.

The majority of us worked for what we have. The government will continue to tax, spend, regulate and give our earnings away via miserable bureaucrats and “occupiers” like the Charlotte City Council and AG Roy Cooper… as long as WE allow it. Enough already! Time to put your foot down. We won’t let this cancer continue to erode our communities, state and nation.  Stand against this immorality and fascist rule.  Fight for your children’s future!

1 thought on “Are We Ruled By Radicals?… Progressive Mud Slinging Gets Bawdy”