No need to buy into the crazed notion that statues, memorials, or plaques commemorating historic figures should be removed or relocated… regardless of what Governor Roy Cooper might tell you.

Roy Cooper says these things for selfish political gain only.

Our local statues, monuments and historic sites as well as those across our great state and nation represent history. That is all. These are only inanimate objects. They do not represent nor do they propagate racism or bigotry.

Historic markers and statues are in place to educate and preserve our history, lest we repeat it. Our children should be taught truths, not some deviant fabrication.

The goal of this liberal progressive movement, as seen in Charlottesville and Durham, is to erase history. It is a crime and is disgraceful.

Read George Orwell’s “Animal Farm” and be amazed. By the way, Orwell is no longer required reading in middle schools.

The Antifa movement, BLM, World Worker Party and others are all infiltrated and funded by globalists like George Soros. These are paid protesters you are seeing and care nothing for our Nation, the Constitution or her people.

These little puppets are propagating racial division as a selfish and very dangerous means to an end.

We’ve seen it coming to a head for eight years now under the most racially divisive administration in US history. Obama’s irresponsible approach to governance and lust for personal power in a future one world government left an intentional opening for this chaos.

This generation protesting inanimate objects that hurt their feelings were infected with this disease by socialists like Rahm Emanuel, the Obamas and their pals. So now President Trump and reasonable citizens are left to deal with his transgressions. Dumped it right in our laps. While living a posh lifestyle on your tax dollars, Obama is actively working behind the scenes to undermine the President and our Republic.

The media lies and is owned by liberal progressives aligned with “big money interests”. You can’t take anything they report for face value. To know the truth we all must dig deeper.

It’s already living and breeding in your town. 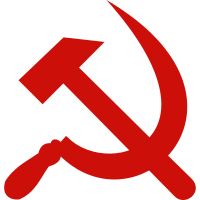 It is up to you to speak out, to go to city council meetings, to insist our elected officials don’t allow this disease to infect your community. Remember, they work for you!

We must preserve a constitutional pathway for future generations to live in freedom. 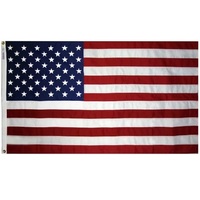 Educate others, stand firm and don’t allow these communists to own you or your community. It all begins and ends at the local level and the battleground is constantly changing.