Leftists worship Big Daddy Government because “they don’t have a hope in God,…. they have no hope in a higher power” so says NC Lt. Governor Dan Forest. Sure there’s a difference in radical leftists and every day liberals…. not much, but there is a slight separation. Leftists march in the street claiming they are “nasty women” wearing vagina hats. Yes, that’s pretty nasty….

For the most part liberals just want equality and for everyone to get along. Leftists identify more with anarchists.

Most liberals think they are saving the planet by driving a Prius and supporting corporate solar farms, but both, leftists and liberals, vote the same way and are easily misled.

What liberals just won’t admit is that when they vote for any Democrat, they are voting to support abortion. Some of you would dispute this fact and that’s okay, but you would be wrong. The Democratic Platform makes it very clear where they stand on abortion, the murder of the unborn.

Government is their God. In fact they voted to remove the word God from their platform altogether. Can’t mention God, someone may be offended. Can’t mention gender, someone may be offended. Can’t mention race or you are automatically a racist. But Big Daddy Government needs gender and race for you driver’s license. Leftists and most liberals are hypocrites. Leftists are socialists and would have everyone sucking off of government subsidies. They do not acknowledge God and hate the United States but would spend that free money. On our currency appear the words “In God We Trust”. How long will that last?

Republicans push less regulation because we enjoy our innate God-given liberties. The Left wants to be controlled, enslaved.  No one can successfully argue that government doesn’t take freedom and liberties from us. The left confuses God with Government.

Here’s an example of a Leftist elected official? California Governor Jerry Brown says the Bible is discriminatory towards the LGBT crowd so he’s pushing a House bill that bans sales of the Bible and Christian counseling. No, seriously this is real! READ HERE  These people will stop at nothing!

Republicans abolished slavery because we believe are all created the same in the eyes of God. If we didn’t believe in God that line of thinking is no good, right? Republicans also championed the Civil Rights movement in the 60’s.  Many Democrats, especially black Democrats, give those credits to the Democrats. This was an overwhelmingly Republican led Act. 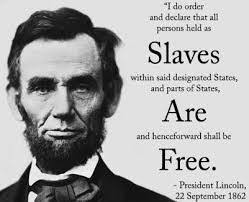 The leftist narrative is extremely bizarre and well funded and they are in the business of brainwashing and spewing false narratives. Facts be damned!  A lot of funding comes from out of our country. George Soros is prime example. Disgustingly enough, even past President Obama and his wife, Michele are working to undermine the Trump administration. CLICK HERE

Academia doesn’t do morality any favors. Why do we send our kids to these viper pits? A New Testament studies Professor at Holy Cross named Benny Liew, claims there was “something quintessentially queer” about Jesus’s relationship with God the Father. Also, that washing the disciples feet was sexually “suggestive, even seductive.” He noted that Jesus was a cross-dresser and had  queer desires.

We are sending way too many kids to college and not enough to trade schools. But that’s another column.

Wars have been fought for centuries for land mass take over… at any cost. Why do some folks have a hard time believing it’s happening right here in these United States? Is the country is brainwashed by Main Stream Media? There are many within our borders that hate America and want to take part in its downfall.

Now is the time for you to get down and dirty and fight for what you know is right. Fight for your conservative values and for adherence to some semblance of morality. We can not win this battle by ignoring their advance or yelling at the TV or quietly discussing it at work. No! You are going to have to get LOUD and BOLD….

Because they are coming for ALL your Land, your Rights, and ALL your money, and your children’s minds. Maybe even your life.

They are already working harder than we are!