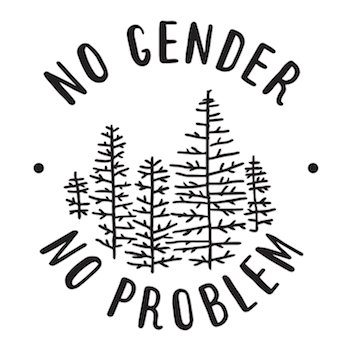 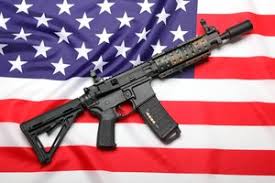 This author spells it out. The US Constitution makes no allowance for the bill of goods progressive liberals and the Main Stream Media are trying to sell us. The following are questions liberal progressive democrats peddling the Gun Control narrative will refuse to answer.

1. I want those pushing for Gun Control to tell me my life, or the lives of those I love, are not as important as someone they believe should be allowed to own or carry weapons.
2. I want to know why those same people, who also push for equality, don’t believe we all have an equal right to self defense.
3. I also want to know from those who are pushing Gun Control, if they still believe designated gun free zones are safe from those who don’t obey the law and how they plan to stop an active shooter if law enforcement is not near to defend those in the gun free zone.
4. Lastly, I want those who are pushing for Gun Control to tell those of us who own and carry weapons, they do not want us to defend them if the need arises.

“A well regulated Militia, being necessary to the security of a free State, the right of the people to keep and bear Arms, shall not be infringed.”

Michele Nix is in her second term as NCGOP Vice-Chairman and believes in upholding the 2nd Amendment of the US Constitution as written.

Fish living in a small bowl have limited and narrow perspective. Give them a larger tank and their view widens. However, they are still trapped inside glass walls and dependent on an outside source to feed them, clean their tank, and keep them alive. They are fish.
Many human United States citizens have a limited perspective, just like fish. Even though they have a choice to move from a small tank to a larger tank they choose to confine themselves to the propagandized narrow view controlled by the Main Stream Media. MSM pushes false narratives to satisfy those who fund them.
Americans have a choice in the type of food they would like to consume, and how often their tank gets cleaned (even in the small tank environment). They have the ability and free will to choose the size of their tank. They can also choose to live with no restraints, no tank at all. The USA is one of the few places on earth where humans can freely make those choices without permission from a higher authority. 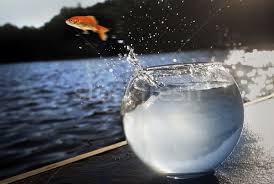 Free Will – Only in America

Most Liberals have a small tank “gold fish perspective” in the current and ongoing debate over our 2nd Amendment right to bear arms. All of them may not live in a small glass jar but would rather government provide ALL things. They bow to government because government is their God.

“As Americans, we can choose to climb out of our tank, kick it aside, and exercise the freedoms God gave us.”

The Constitution of the United States of America is our founding document. It was God inspired, written to protect future generations against a rogue and oppressive government, and allows us free will. That’s the best deal going on the planet. So why would anyone not want freedom? We have a communist movement right now in this country. Among other things, they seek to undermine or remove our inalienable right to protect ourselves and our families?
We live in the greatest country on earth, the “land of the free, the home of the brave”. We can’t afford to take this gift of freedom for granted lest the things we enjoy everyday like traveling unchecked, owning land, raising our children as we see fit and protecting them from harm be taken away. The 2nd Amendment is at the heart of it all and that’s exactly why they want to stifle it.

“We the people ARE the militia assigned to secure a free state. Our right to bear arms is not a choice the government or anyone else can take from us. Our right to protect ourselves and our families from eminent danger or harm by any means is a right given to us by God, not by man or by government.” 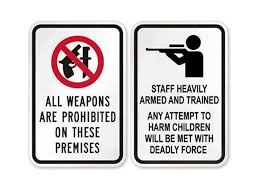 Do not be frightened to engage in debate with the ignorant and those brainwashed by the Main Stream Media narrative which is controlled by One World Order proponents. These “great liberal minds” are only fish living in a small bowl dependent on government to tell them how they should think. These are the same geniuses that believe putting a “No Weapons Allowed” or “Gun Free Zone” sign at a school or place of business will keep them safe.

“Train and arm willing school personnel. Train them to be the militia.”

Why put your kids or family member in a situation where they can not fend for themselves? It is not up to law enforcement to protect us all the time. They can’t and they won’t. Who among us wants a police state? 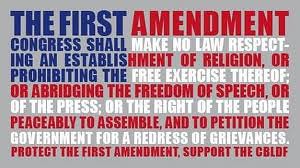 Protect your families at any cost. Don’t wait for someone else to do it.
The 2nd Amendment protects the 1st Amendment. Once our Constitutional rights are gone, we will all be Government Fish living in a small glass bowl.
Don’t be a fish.